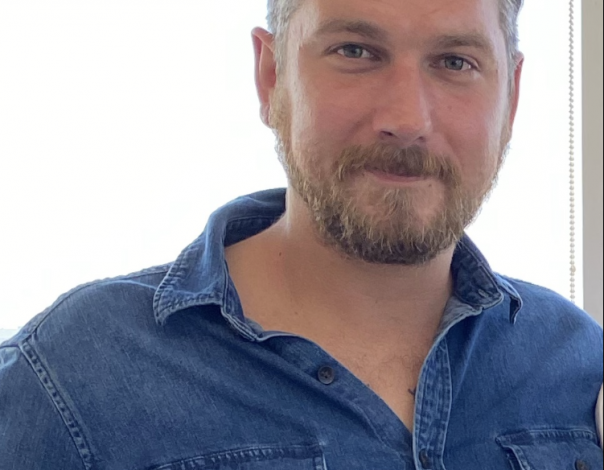 Meet Elliot, a handsome 28-year-old fellow from Holden Beach, South Carolina who loves his job in construction and his girlfriend, Bri. From the outside looking in, his life sounds picture perfect! Job security, love, a beautiful hometown… what more could someone want for?

Well, Elliot had just one complaint.

“I hate my ears,” he plainly stated.

Elliot had gauges in his ears for five years. At first, the plugs were only the size of a cigarette, but over time he decided to go bigger. The last pair of gauges Elliot owned were 3 inches in diameter! Big enough for Dr. Lee to wear as a bracelet. Eventually, one earlobe became so damaged and stretched out that it naturally split open. As for the other earlobe, it was torn during a bar brawl.

“Looks like fish bait hanging off of my head,” Elliot commented. “I feel like I’ve matured. I’m in another phase of my life. [I’m] almost 30, so I need to look the part.” Elliot also said that his ears are the first thing people notice: “I’m doing [this] for myself so I can look more professional at work. I do construction and dealing with homeowners––it’s obvious that they’re noticing my ears before they’re even paying attention to what I’m saying.”

Elliot knew Dr. Lee would be the perfect board-certified plastic surgeon for the job, so he flew all the way out to Los Angeles, for the first time EVER, just to see her!

His only request? He wanted George Clooney’s ear lobes!

Dr. Lee presented her treatment plan to Elliot at the initial consultation: she would perform earlobe reconstruction. First, Dr. Lee would administer local anesthesia to numb the area. Then, she would surgically remove the excess tissue, and reconstruct and contour the remaining tissue to sculpt a natural looking earlobe. And yes––Dr. Lee had a picture of George Clooney’s earlobes in the E.R. to refer to!

Two weeks later, Elliot met with Dr. Lee for his follow-up and his ears already looked fantastic! “Since the surgery, my life has changed in so many ways… [I] love my new ears.”

“He looks great!” Dr. Lee said. “His earlobe is no longer the first thing that people see about him… Seeing Elliot not defined by his earlobe completely changes the way he presents himself.”